There are many awesome places in India which can be developed into great tourism attractions, only if the government could take up the initiative. I received a mail from a friend, which read Forget the English Castles… Check these out!!! This mail contained a few photographs of Forts built during the rule of the great Maratha warrior, Shivaji. I reproduce the mail with a small history of Shivaji and some descriptions of the photographs.

Shivaji was born in 1627 in the fort of Shivner (about three hrs drive from Pune). Shivaji had a persuasive tongue, was alert, never scared to take risks, could judge people at first sight, held secret negotiations with companions on the liberation of Bharat and put an end to the persecution of Hindus. Under the guidance of Dadaji he converted his small jagir into Swarajya, a well knit unit where law and order prevailed, justice quickly rendered and wealth secure. Stories of Shivaji activities reached Bijapur, upset Adil Shah. Summoned to Bijapur, Shivaji revealed uncompromising character who punished the wrongdoers irrespective of the consequences. On his return, Shivaji formed an independent state where Hindus would not be persecuted.

Seven years of efficient management of the Maval jagir began to bear fruit in the form a substantial income that Shivaji used to maintain an infantry, repair forts and improve administration. With the help of an enthusiast Kanhoji Jedhe, Shivaji acquired possession of the 12 Maval forts, west of Pune; started building a new fort, Raigarh that later became the principal seat of his government.

Shivaji captured important forts around Pune. He had two objects now, to secure the welfare of his people and to have well guarded frontiers that he could hold. He proclaimed his independence by using official papers that ran “This seal of Shiva, son of Shah, shines forth for the welfare of the people and is meant to command increasing respect from the universe like the first phase of the moon.” This happened around 1648.

By taking Shivaji’s father Shahu as prisoner, Adil Shah managed to wrest the Sinhala fort from Shivaji. By defeating a ally of the Shah, Mores of Javli in Mahableshwar range, Shivaji let all know the fate that awaited them if they dared to oppose him. A small compact kingdom comprising of Pune and Satara came into shape. To protect the conquest of Javli, he erected a new fort of Pratapgarh near Mahableshwar.

Next Shivaji captured Kalyan and the Shah’s treasure moving from there to Bijapur. Having captured North Konkan, he turned South by constructing a series of naval forts at Suvarnadurg, Vijaydurg, Sindhudurg and Kolaba and created a powerful navy with shipbuilding yards and arsenals for trade and defense. (Foresight na, while the Muslims entered India through Khyber, the Christians came through the sea, he was probably aware of the European threat). 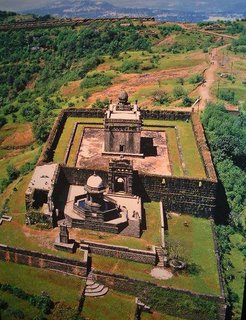 Raigad is the very place, were Shivaji built his capital city and crowned himself Chhatrapati on June 6, 1674. It was here that he died on April 3, 1680.

It is a hill fortress situated in the Raigad District of Maharashtra, India. It was constructed by Chhatrapati Shivaji between 1657 and 1670.

Chhatrapati Shivaji had seized the site, then the fortress of Rairi, from the royal house of the Mores, a junior or Cadet dynasty descended from the Maurya imperial dynasty that once ruled large swathes of the subcontinent. Chhatrapati Shivaji renovated and expanded the Fortress of Rairi and renamed it Raigad, or the King’s Fort, the name he gave it when he selected it for his capital when he was in the process of assuming the royal character. 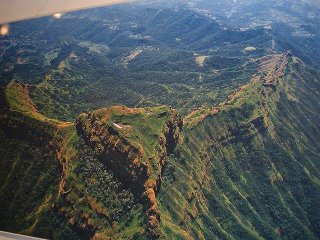 We can visit Gangasagar Lake or worship at the nearby Jagadishwar Temple or pay your respects to the great Maratha king at his Samadhi.

The citadel is floating on an isolated hill of the Sahyadri range. Pachchad village was initially the doorway to the fort. There are around 1400-1450 steps that one has to climb to make his way to the fort. After a complex climb, nearly a mile ahead stands the awe inspiring Maha Darwaja which was built around 350 years ago. A special entrance for the royal ladies and queens, the Mena Darwaja is located at a higher posting. To its left is the Rani Vasa or Queen’s Chambers. These six chambers were known to be used by the royal ladies.

Raigad which is situated 869 metres above sea level is spread over a distance of 12 km from east to west and one kilometer from north to south. 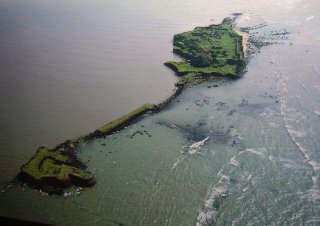 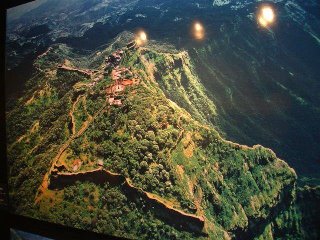 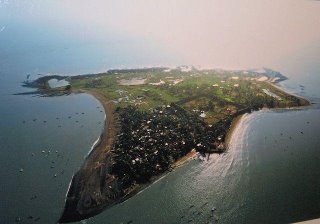 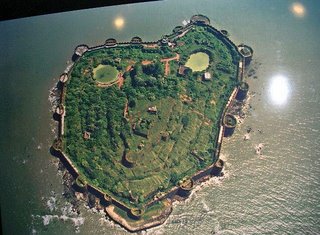 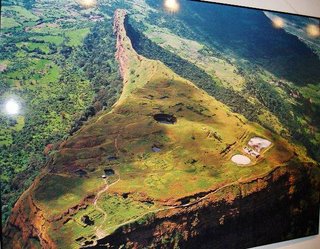