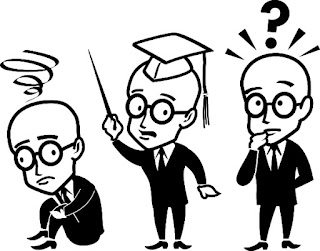 Bhondoo is very tensed ..not because he is having his mid-term exams after 3 days (that does not bothers him anymore now) but because he has got a very terrible cold n cough problem.. He has taken all available n unexpired medicines related to cold but found them useless .

So as his problem persists he goes to his friend Babu and ask for his advice . Babu told him to go to nearby clinic of Dr. Pai in the evening . Bhondoo wants to know complete information about Dr. Pai before going to him . His friend Babu tells him that Dr. Pai is a reputed physician and would also give relevant medicines himself ( those he gets from Medical Representatives) ..all just for 100 rupees only.

Bhondoo hopes were turned down at mention of 100 rupees fees … He went to take second advice from his less friendly friend Domu . Domu advised him to go to KMC ( Kastuba Medical College). Bhondoo has never gone to KMC but he has heard a lot about KMC chicks from his friends. Morever , KMC medical consultation n check-up is free for MANIPAL UNIVERSITY students so he decides to go to KMC.

Bhondoo takes a auto from KC ( Kamath Circle) and tells the auto-driver to go to KMC. Driver asks him which KMC –> OPD or Trauma . Bhondoo ignorant of all these things gets irritated and tells him to take him to place where he can get treated for Cold . Driver mutters something in Kannada. Bhondoo grasps the word as edda and decides to find meaning of word later on . The Auto-Driver leaves the Bhondoo at OPD .

Bhondoo being a new visitor goes to the “May I Help You” counter . He is told that he needs to get a file made which would be maintained by KMC for his future medical records. He is sent from counter to counter reminding him of famous sitcom Office-office . At last he gets his file made . At the end of the process he is given a OUT-PATIENT TICKET . Bhondoo is unable to spot any hot chick from KMC , instead he spots some fat and black female interns .He gets very disappointed.

After all this process he is guided at counter to go to Student Clinic for his medical case. He goes to Student Clinic and gave his out-patient ticket . On being asked which department he wants to go , Bhondoo applies his knowledge and decides that he wants to go to the ENT(Ear, Nose,Throat) Department . His out-patient ticket is given back to him after making some entries . Then he goes to ENT Department . He found a lot of crowd in the department .He waits for his turn to come. Another 15 min passes .. he gets irritated and ask the counter at ENT Department when he can meet his doctor. They told him that his medical file has not reached ENT yet…whenever the file reaches the ENT ..his name would be called..

Eventually his files comes , but he is given a fee consultancy slip which he first needs to get encashed from “CASH COUNTER” . Bhondoo goes to cash counter and finds a very large queue .He gets in the queue and starts thinking about the queue , thinking that instead of FIFO ( First in , first out) queue should use LIFO (last in , first out)..He soon starts day-dreaming but his nerdy thoughts gets disturbed by the angry voices of people behind him ..he gets his fee consultancy slip encashed using his COMBO-card .

Bhondoo is happy that at last he can see his doctor ..he goes to the ENT department happily waving the fee consultancy slip as a victory flag , only to found that all the doctors have gone away after completing their shift at 4 pm .