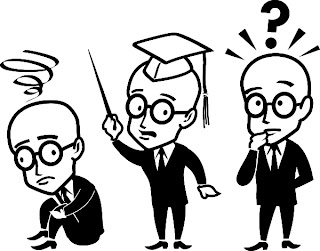 The Manipal Lake on Wikimapia

The group was enjoying , suddenly Bhondoo shouted ” Its 10 pm .Lets go to hostel else it would be closed. “ Ish replied ” Bhondoo , hostel gets locked at 11:00 pm so we will go later” Bhondoo retorted ” But our new Chief Warden is too strict “ . But the group was not interested in his arguments .They continued spending some more time at the lake . Around 10:15 pm they decided to move back to hostel . So they come out of Lake area , entered the streets nearby which lead to the main road . They were walking smoothly until a dog came growling and jumped out of it’s home and started running after the group. The group was terrified by the sudden n wild appearance of the dog . They started running randomly .They nearly collided into a couple which was probably going to Manipal Lake. The couple assumed the group as thieves and started shouting “Thieves!! Thieves !!Thieves!!” Scene was suddenly intensified with this new occurrence and group was separated while running.

Meanwhile dog find something interested in shabby creature with glasses , weighing more than 90Kgs. Bhondoo ran like he was running for his life. While running he made a vow to go to MARENA to reduce his excess weight. After running for around 2 kms, he didn’t hear dog barking after him so he stopped and took deep breaths. Soon his senses were thrown after he came to know he had run in opposite direction to the hostel. Bhondoo cursed himself and looked at the watch . ” Oh HELL !! Its 10:45 pm , hostel is soon going to be locked” , Bhondoo muttered to himself .

Bhondoo started retracing his path and started looking for Auto’s on the main road. He found a auto and asked him how much he would charge to his hostel ? The auto-driver said 40 rupees . Bhondoo find the expenditure too much and decided to walk instead. So he starts walking fast to his block .Meanwhile he calls his friends and finds that they have already reached the block . Bhondoo curses his luck.

Bhondoo starts running to his block as perm time is about to over . He finally reaches the block at 11:10 pm and finds the gate to be locked . He pleads the Doberman(guards in Manipal are called doberman 😀 , yes its written on their uniform too 🙂 ) but doberman did not respond to him . After pleading again n again Doberman asks Bhondoo to show his ID-CARD . Bhondoo finally gets happy thinking he may be soon inside the hostel but soon color on his face dropped when he realized that he had lost his wallet .

Poor Bhondoo, Wonder what happened to his friends??