What's new here?
The hour and a half wait was over. The ‘check! check! mic check!’ was done with. The drums were ready. The guitars were placed. The lights stood, formidable and strong. The speakers, daunting, faced the audience. We pushed our way to the very ahead of the crowd. Being Mumbaikars, we were pretty adjusted to local train like conditions…but that’s a different story. Getting back…Manipal was about to witness what people have described as the best Revels of years. To be more precise, the most awaited moment of the best ever Revels. The pro-show, named Ground Zero. And playing for us today were the three totally mesmerizing Indian bands: Them Clones, Faridkot and Manipal’s own Zehen!

And then the show began. Mesmerizing, I must say. People shouting, screaming (mostly, ‘Laila!’ :P), singing, the day was filled with energy. The evening was charged. And then the show began. I might say, we might have faced a worse earthquake than Japan, the speakers were LOUD! Apart from that, we had some awesome bands playing, some awesome people listening to the songs and the whole of Manipal congregated at the KMC greens to commemorate the existence and superior characteristics of these three squads of awesomeness!

The ambiance was great, the crowd was better! And every next song mingled with more shouts, screams and wild, wild singing from the crowd! We jumped with hands raised high in the air when vocalists from Zehen and Them Clones jumped almost into the crowd…we did the same otherwise. Finally, it ended at ten minutes past midnight, but who cares about the time?! Overall, it was a crazy, CRAAAZY night at KMC Greens and it just got crazier every minute into it!

Speaking much might be quite a bore for the readers and in fact, quite difficult for me too. I was left speechless after those enthralling performances! Presenting, Ground Zero: A Photo Feature… 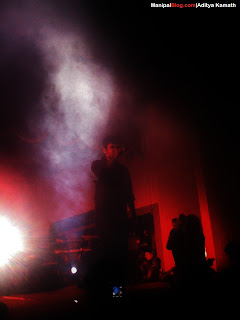 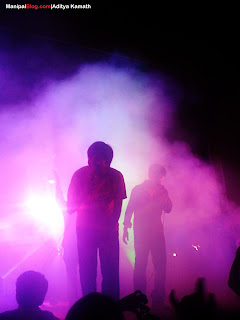 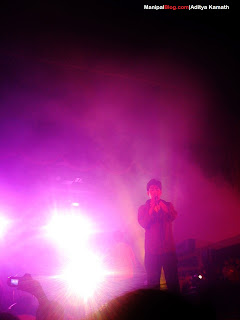 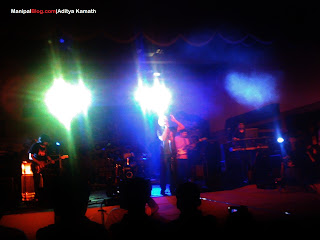 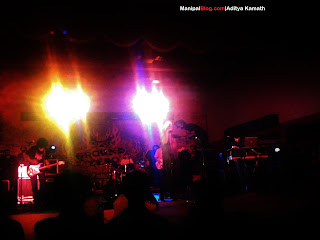 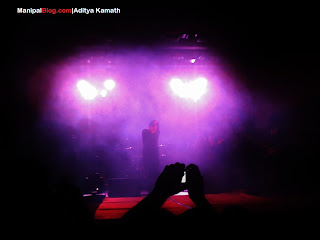 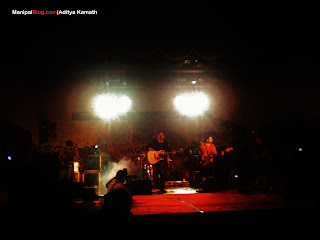 Zephyretta! 😀
Not to forget, one of the following songs was Them Clones’ best and perhaps the crowd’s favorite…My Life! That song was wild! People danced, screamed and head-banged to such a wild extent, I quite believed that at one point of time, my head was getting a bit loose! In the end, their drummer threw one of his drum-sticks into the crowd…boy, you should have seen the frantic rush to catch that one memoir! To be frank, I was a part of this too and we were all going crazy! 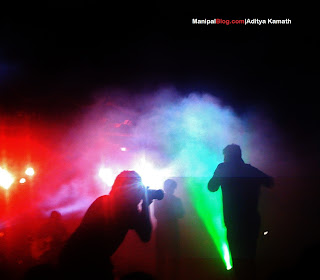 Was clicking a pic.Darned photographer came right in the middle. Idiot.
Anyways, videos might be uploaded soon!
Cheerio!
P.S For further reference, people are advised to eat well before leaving because once one leaves for eating, he/she just cannot get back again! To add on, wear somewhat cushioning clothes to prevent major injury from pushes, nudges and crazy mobs. Also, carry logenzes for screaming your lungs out and then that awesome Mumbai Ice Gola might just kill your throat! XD

Awesome pictures Aditya!! How was the crowd?? And when did the event finish??