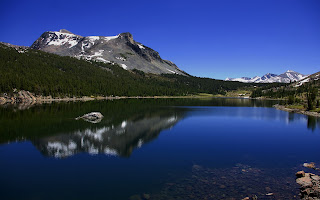 A man once looked to see
His image in clear river water
To admire the shape and ecstasy
Delighted with the image was he
Until, swam through it, a brown otter
The image shook
With anger did swell his face
Suddenly, a different form, his face took
So intrigued was he to look
Fast enough did his thoughts race
For his face did look green
With words of envy written all over
For the man, this looked obscene
But erased too soon was the scene
And the turn of green was over
Then, did his face turn deep red
Showing, his inner ill temperment
Seeing this, did his emotions become dead
And his ideas, as infectious as lead
With this, did he understand, his patience was latent
Again did the image metamorphize
And became white
The evident cowardice
Had shown its size
Bewildered was the man at the sight
Soon, did his face seem blue
Adding thus, the man’s serene side
But of this, he had no clue
Slowly, his thoughts brew
Softly did his ideas ride
Lastly, did his image become black
Symbolizing the black heart that the man had
It was then that he did learn what he did lack
The closed box in his head did crack
And from that day, a better character was the lad
All this from seeing a silly little reflection?
But not the physical one
For the lad saw this during meditation
As he finally unlocked the door to his limitation
The work of the reflection was done
: -C.S.Sailendra

This is part II of ‘Skull Kid’. You can read part one here – Skull Kid: The Beginning Skully lay face down in bed Thinking back on the pool of red He had killed 5 […]

I just read up on those cops / wannabe cops / making students pay Rs 200 just for fun.  Forcing students to cough up money after threatening them of arrests / forcing court cases / […]

Emotions were trying to break the dam and overflow but alas again I failed to express. Today’s world is a hub of showtime. The better you advertise ,the more you are in profit. Doesn’t matter […]