The nominee list for the Professional Footballers’ Association Player of the year award has been leaked! Manchester United has been the forerunner having won it the last 4 consecutive years [Ronaldo(2), Giggs, Rooney]and this year as well they have a nominee.

PFA Player of the year nominees 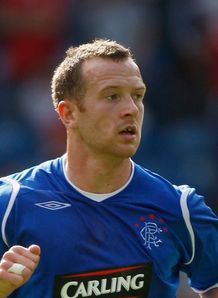 Who do you think deserves to win it?
P.S. I am disappointed Nani has not been included, but I shall wait until the official list is out. 🙂

A Tennis Experience at Manipal!

The Karnataka State Lawn Tennis Association will conduct the Corporation Bank ITF Manipal Open at the Marena Sports Complex in Manipal University from May 21-28. The qualifying rounds of the $10,000 event will be held […]

42 days and 47 matches later, we have two of the host nations playing an All Asian World Cup Final. I have come across multiple blogs and articles on the world cup and am not […]

A whooping £215,625,000 was spent during this transfer window with some of the great names of football taking some crucial steps of their respective career. Some for money, some for fame. At the end of […]